Bolivia is home to ‘el altiplano’, the high plain, sometimes known as the table top of the world. It extends for many miles from Southern Peru to Southern Bolivia at an average altitude of 13000 feet above sea level. I’m writing this as I sit in the airport at an altitude of 13353 feet. Travelers and athletes from lower altitudes often need oxygen at this altitude; digestion and metabolism is also slower. I have usually managed by drinking mate de coca or coca leaf tea in what used to be a very small, pink airport building. Today I am sitting in a brand new modern building and haven’t stopped in for tea yet. Having spent the last month in a valley at 8400 feet above sea level, I am slightly better acclimatized, but I do feel a little dizzy.

I’m sure my kids remember the graphic lesson in what happens to fluids when transitioning from one extreme altitude to another: a bottle of soda bulged and overflowed at the high altitude, and practically imploded when returning to sea level. Hmmm, this is what happens at the cellular level too, which is why some people get a massive headache and have heart palpitations at high altitudes. Tea time!

I will never forget seeing a flock of iridescent orange-pink flamingos at dusk on the banks of a dark slate colored Lake Poopo. That was on a train ride across the altiplano in 1976. At that time, a group of people called the Uru-Chipaya lived around the lake and survived primarily by fishing. The name of their language is also related to the name of the nearby mining town of Oruro.

Some time in the 1990s, a consortium of Bolivians and foreign multinationals built a gas pipeline that runs the length of the altiplano, transporting natural gas. Around the turn of the millennium, an oil spill poisoned the lake, and now I hear it has dried up entirely – recent news reports confirm this, although the article attached here shows the return of some flamingos after rain fell in January. http://mashable.com/2016/01/25/bolivia-largest-lake-desert/#.bNYlUSm6aqc

A couple of young women who just started at ProEIB Andes, Delicia and Jhandira, conducted an ethnographic study in nearby communities, trying to discover the fate of the Uru-Chipaya people and their language. They reported that the language is no longer being spoken except by the elderly, and that people who left the Lake region have begun speaking Quechua and Spanish instead. A handful of skinny books including sociolinguistic studies and collections of Uru-Chipaya songs and stories is on display at the ProEIB Andes. 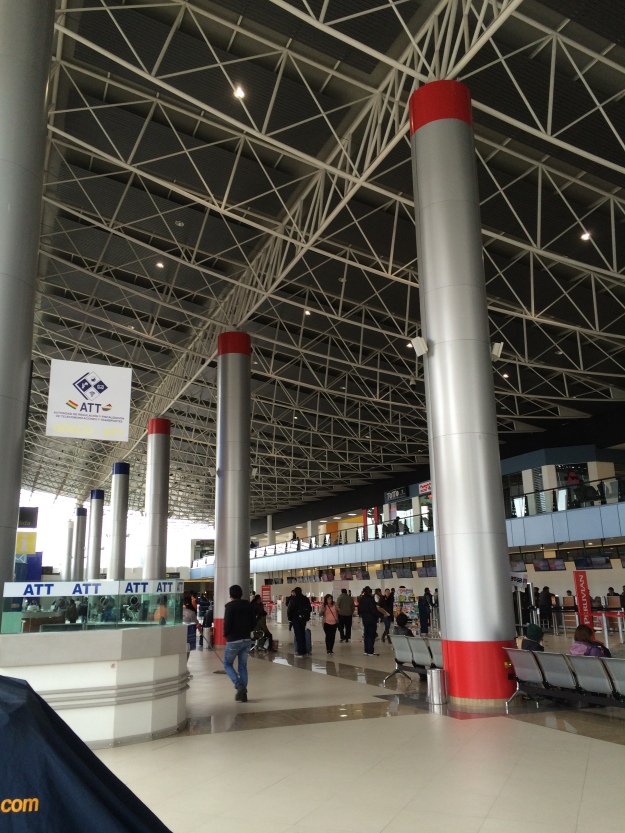